AND IT WAS A GOODBYE 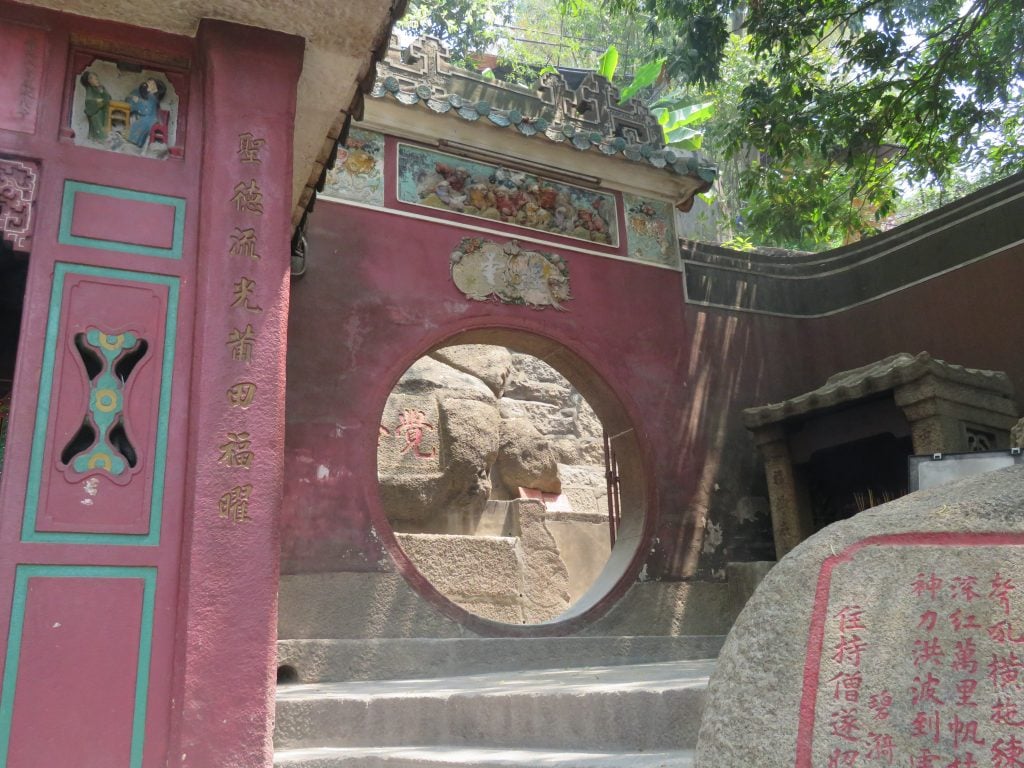 On December 19, 1976 in a concentration camp named Chi Hoa

The last sound of the gong still rings in the air; already all the inmates rushed to the court looking for a good place in the sun. The old master and I are moving away from the crowd in order to be able to suck up the little tranquility. This morning, the large space of the central courtyard is bathed in a golden yellow light, that of karmic treason and fatal. A few days before Christmas Eve, the smell of party hovers in the atmosphere making our hearts very heavy.

Old Master calls me in an unusual loving tone:
– My son, come and sit with me. I have a tickling sensation on my back.

For the umpteenth time, I lift the so-called shirt and begin to scratch the skin wrinkled by the years and devastated by a strong gall, one that slowly but surely kills many prisoners by mummifying them in a thick layer of pus and blood.

Suddenly, he asks me:
– My son! tomorrow, will it rain or will it be sunny?

I lean over on my left hand calculating with the fingers according to the divinatory method he taught me:
– Grand Master, there is a great possibility of storm and rain tomorrow, then I hesitate for a moment … but a storm in the dry season is impossible ?! And yet, this diagram means water and even a lot of water!

He turns, looking happy, patting my shoulder:
– It’s very good! But you have to practice a lot more, my son! Thousands of theories are not worth a practice, remember! This method is very effective and has been transmitted since the days of the Warring States (1).

Uncertain, I ask him:
– It’s not going to rain tomorrow, is it, Grand Master?
– Yes! it will rain a lot in our hearts and in our souls, my son!

Reaching his white eyebrows with a meditative gesture his gaze plunged into the mysterious nothingness he caressed carefully and slowly his long beard: a habit often seen among the Eastern sages. I respect as always this change of attitude and I patiently wait for his revelations. Finally he comes back to me clasping my hands. I felt a strong and warm energy in his iron grips :
– My son, today is our last interview. So, I’ll give you the answer you’ve been waiting for a long time.
– Grand Master, I’m sorry but for a year now I have understood the essence of your teaching: I have forgotten hatred, I do not know fear anymore and even my marital happiness remains only blurred images and insignificance. I prefer this peace of mind instead of tormenting the least success or the slightest defeat on the path of dust.

The old Master’s voice becomes consoling and authoritarian:
– My son! if life were arranged according to the good will of each, would the vicissitudes exist? And if all roads were easy and without danger or peril, how could one appreciate valiant hearts? My dear disciple, you have not yet left debts to this life. Do not worry, anger and passion, like the phoenixes rising from their ashes, will reincarnate you in your return to society.
– But Grand Master! tomorrow it will be our separation and I would like …

He interrupts me with a gesture of his hand and slams his tongue:
Humans want to live forever and fear death as much as they wish to be reunited rather than separated, without knowing that one must die to know birth and be separated to rejoice in the future return. You, a “well understood”, will you not be able to avoid this usual way?

The rain in my soul and the fire in my heart: the two forces, yin and yang, merged inside me, surrounding me with a thick torpor. I can hardly hear the old Master’s voice:
– What is your name?

And suddenly, without waiting for my answer, he roars like thunder:
– What is a name for?

These words echoed in the abyss of the spiritual dimension removing me from ignorance. I raised my head highly. The Grand Master is standing before me, austere and impassive like Lao Tzeu in a marble statue. The long white eyebrows falling like curtains into the eye-sockets, lean and deep, where two bubbling sources of energy shine. There are only three rainy seasons left, even though it would have been a century since blood, tears, and suffering had been shed on his thin body, hunched over by the burden of existence. He explains to me:
– According to the Chinese physiognomony, eyebrows of the dragon, eyes of the phoenix and look of the tiger predict an extraordinary career in the literature as well as in the martial art: your name will be pronounced beyond the distant borders … You have a mandate to fill but get away from politics because it will only ruin your soul … And remember that the weapons of the noble man are his virtues and the truth, while those of the little men, insults and intrigues.

– But Grand Master! how could I live up to such a big task?

– Listen! Success as well as defeat is not able to evaluate “big hearts”. Besides, I already have someone in my memory who can give you more than I in terms of techniques and knowledge. To achieve this as soon as you are released you will go to this person and tell him a “little story” (2). He will recognize your place with me and fulfill your wishes. And that’s all!

Turning his heel, he sneaks me a piece of paper on which are noted the coordinates of my future guide.

The next day while it was still dark, the old Master was one of hundreds of political detainees who were being deported somewhere in the distant mountainous regions of the North. Behind the iron bars, I was barely able to see his small figure among the crowd curled up by the cold morning. He walked away slowly without turning in my direction even for one last time so long awaited, knowing that I deeply wished it wasn’t a goodbye!

(1) The Warring States: 3rd century BC

(2) A “little story”: This short story is a dialogue between a monk and his two disciples, which I did not grasp until a few years later, with the help of Grand Master Nguyen Minh.

And A Proper Practice