With 30 years of training, followed by a career spanning so many years, Grand Master Nam Anh has learned and mastered several styles of Shaolin Kung Fu and Wu Tang, including
Wing Chun, Pak Mei, Tai Chi and Praying mantis.

The union of these two rival styles began the end of hostilities between the two Schools in Vietnam, and today, these two federations created by Grand Master Nam Anh sit under the same roof in Montreal. The Académie Ching Woo de Montéral offers strict training in 3 styles of Kung Fu: Wing Chun, Pak Mei and Tai Chi Wu, while also being a place for training and practice of anthropotherapy, a Chinese medicine. traditional. The Orthodox Shaolin Wing Chun and Orthodox Pak Mei federations have as mission to preserve the precious teachings of Grand Master Nam Anh and to propagate them by following the Way of the Heart. 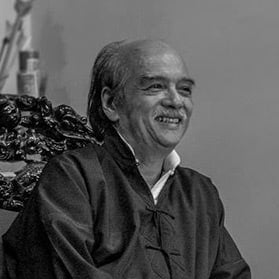 OUR SCHOOLS AROUND THE WORLD

Our traditional teaching has been passed down from generation to generation by Grand Masters since the 18th century, finally reaching us thanks to Grand Master Nam Anh, 9th dan red belt, and his schools around the world.